What do Christians believe about cremation?

Christian views on cremation have always emphasized a high view of the human body. This is due to several factors, including the Creation story in Genesis 1-2 and the belief that mankind is created in God’s image, along with many additional Old Testament texts addressing the dignity of the body and New Testament docrines of the Incarnation and the Resurrection. These views have resulted in a tradition of burial in preference over cremation within the Christian community.

However, there are no explicit directions in Scripture against cremation, and the traditional preference towards burial may have developed partly in contrast to pagan practices of burning the deceased. The modern process of cremation is largely removed from the culture of such pagan practices, and the doctrine of the resurrection of the dead recognizes God’s ability to ressurect a believer no matter the condition of their physical body. 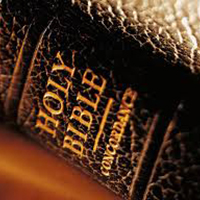 There are several references in the Christian Scriptures to the burning of bodies after death. Here they are:

The upshot: Saul, King of Israel, along with his sons, died in battle and was burned and his bones were buried.

Context: King Saul, his sons having been slain in battle against the Philistines, realized he was defeated and fell on his sword. The Philistines found his body and the bodies of his sons, cut off his head and fastened his body to a wall of Beth-Shan.

But when the inhabitants of Jabesh-gilead heard what the Philistines had done to Saul, all the valiant men arose and went all night and took the body of Saul and the bodies of his sons from the wall of Beth-shan, and they came to Jabesh and burned them there. And they took their bones and buried them under the tamarisk tree in Jabesh and fasted seven days.

The upshot: God promises judgment on Moab, because the king of Moab burned the bones of the king of Edom.

Context: Unknown. This could be referring to desecration of an ancestral tomb, excessive military force, or even (though most modern commentators do not hold this interpretation) a reference to II Kings 3:27, in which to king of Moab sacrifices his own son. In any case, it appears that it is the reason behind the burning rather than burning itself which warrants judgment.

“For three transgressions of Moab,

and for four, I will not revoke the punishment,

because he burned to lime

the bones of the king of Edom.

The upshot: Achan’s disobedience to God’s command results in the judgment that he be burned by fire.

Context: Israel had just made their first conquest in the Promised Land by triumphing over Jericho in the famous story of the walls tumbling down. God had commanded that everything in the city should be devoted to destruction. Anyone who kept any spoil from Jericho would be themselves “devoted to destruction” by being burned with fire. Achan, an Israelite, kept some gold, silver, and fine clothing, and received the judgment God promised.

“And he who is taken with the devoted things shall be burned with fire, he and all that he has, because he has transgressed the covenant of the Lord, and because he has done an outrageous thing in Israel.”

The upshot: Certain acts of sexual immorality were to be punished in ancient Israel by burning with fire.

Context: These are from the laws God gave to Moses on Sinai for the nation of Israel.

If a man takes a woman and her mother also, it is depravity; he and they shall be burned with fire, that there may be no depravity among you.

And the daughter of any priest, if she profanes herself by whoring, profanes her father; she shall be burned with fire.

Most Protestant Christian views on cremation stem from a combination of one or more of these seven arguments:

The preference among Protestant Christian thinkers and authors tends towards burial, but most believers, churches, and Christian organizations seem to be open to cremation. 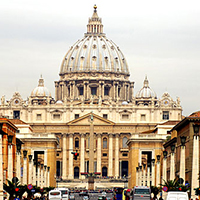 Cremation is permitted in the Catholic Church, but from 1886 to 1963 the practice was forbidden entirely, as it was held to be a “pagan” practice and a denial of the doctrine of Resurrection. In the early 19th century, with modern technology on the rise, cremation was becoming an acceptable and afforable option for disposition throughout Europe. David W. Jones, in his informative essay To Bury or Burn: Toward A Christian Ethic of Cremation writes,

While the Protestant church remained silent on this issue, the Roman Catholic Church responded by ofﬁcially banning cremation in canon law in 1886. The relevant laws state, “The bodies of the faithful must be buried, their cremation is forbidden. . . . Anyone who has requested that his body shall be cremated shall be deprived of ecclesiastical burial unless he has shown signs of repentance before death.” This ban, however, was fairly short-lived, as with his 1963 decree de Cadaverum CremationePope Paul VI softened canon law, allowing for cremation as long as the act is not motivated by reasons hostile to the Christian life. Furthermore, in the 1994 Catechism of the Catholic Church the faithful are instructed that “the Church permits cremation, provided that it does not demonstrate a denial of faith in the resurrection of the body.”

When is the best time to buy a funeral urn?
Celtic Cross Cremation Urns & Memorials
Can I Have a Funeral Without the Body? Some Practical Ideas
Mailbag: An urn that can hold two persons, but not at the same time
Comforting Scripture Verses
The Millennial's Guide to Killing Funerals
Categories: Cremation, Planning Ahead
Tags: bible, catholic, christian, christian cremation, cremation, protestant

1 thought on “Christian Views on Cremation”