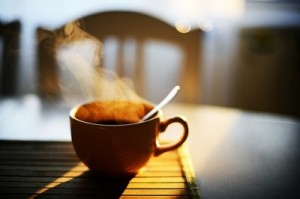 It begins early in the morning with a small group of family members and close friends. A few are in from out of town, staying at a hotel or in the guest bedroom, but everyone is awake now and finishing up the breakfast of fresh fruit and egg & potato casserole or nursing a cup of coffee. The conversation is light and almost playful as the sun begins streaming in through the east windows. Someone brings donuts.

The little crowd of nine piles into two vehicles for the 45-minute drive to the Bay. The charter was arranged by phone two weeks ago, when plans were finalized sometime just after the memorial service to fulfill the decedent’s wish to be scattered in the Pacific Ocean. They meet the rented vessel’s captain in the office; they all shake hands and someone recognizes his voice from the phone conversations. He’s the owner and office manager as well as one of the three pilots on the rental agency’s staff.

At the Bay the sky was somewhat overcast, but weather forecasts predicted sunshine emerging in the next few hours. The group of family and friends boards the Victory, the small ship which will take them to the location of the sea burial service, a favorite fishing spot frequented by the family up to about a decade ago before they sold their fishing boat to cover some unexpected medical bills. 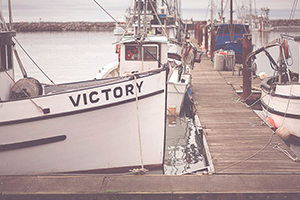 The vessel has been whitewashed, and probably was used for fishing at some point in its obviously lengthy service. It’s definitely not pristine, but neither is it shabby. Cushioned seats have been retrofitted into the cabin. Someone mentions the aptness of the ship’s name, since a favorite line from Scripture was “Death is swallowed up in victory.” The quote is from the first letter to the Corinthians, chapter 15, verse 54.

The Victory is slow in the Bay, but picks up speed out in the open ocean. In compliance with EPA regulations, the scattering will take place at least 3 nautical miles out. Thankfully the fishing spot is just under 4 miles from the nearest shore. The group’s conversation mostly has to do with the ship and past sailing experiences. A friendly debate goes on for several minutes between two cousins concerning the exact definition of “lateen”. The captain smiles to himself; each party to the debate hadn’t a clue.

The wind is mild but steady, blowing the clouds away to the southeast and allowing the sun to emerge. The wind was the one of the reasons the family began looking at water scattering urns, which are biodegradable containers that holds the cremated remains so that they can be dropped into the sea, rather than poured. Pouring out the remains can be very simple as long as the wind is taken into account and the remains poured over the corresponding side of the boat. This causes the wind to blow the ashes out and away from the boat while avoiding the much-dreaded “blowback” scenario during the sea burial.

The wind wasn’t an unsurmountable concern, but once someone ran across the Memento Water Scattering Urn the choice was clear. They were sitting around the kitchen table enjoying a cheesecake left over from the funeral reception, discussing the idea of somehow tangibly communicating final goodbyes at the water burial service. A cousin from South Carolina was browsing through an array of scattering urns on her tablet, and ran across this one. 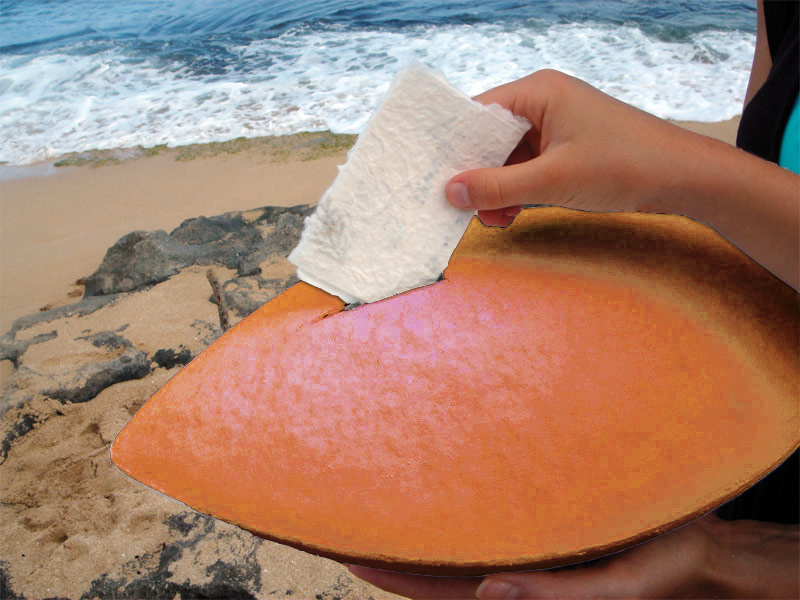 The tablet was passed around and all agreed that this was the perfect fit. He had been a writer, mostly as a hobbyist but published several magazine articles and had even been on staff for the local newspaper for a few years back in the mid 1960s. Two of his children were writers in different fields, he had a habit of collecting old books, and ever since publishing an article on the paper industry he often liked to make his own pulp-based paper. The sheets of biodegradable paper included looked just like the stuff he used to make.

Everyone had written a note and placed it into the urn in the days leading up to the sea burial service. One, quoting a favorite poem by George MacDonald, reads,

How strange this fear of death is!
We are never frightened of a sunset.

As the Victory nears the familiar spot, the son removes the coral-colored scattering urn from its case and passes it to his mother. Everyone is a little more serious now. The motor sputters, then quiets. Seagulls harmonize to the lapping of the waves against the hull. A few words are spoken, a prayer made, and the wife gently places the small vessel into the sea. It bobs in the water, then begins to sink. 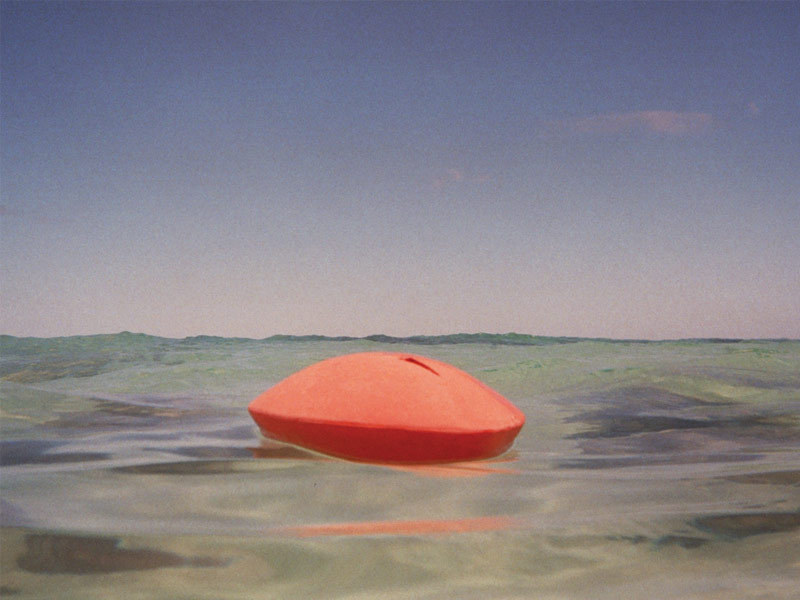 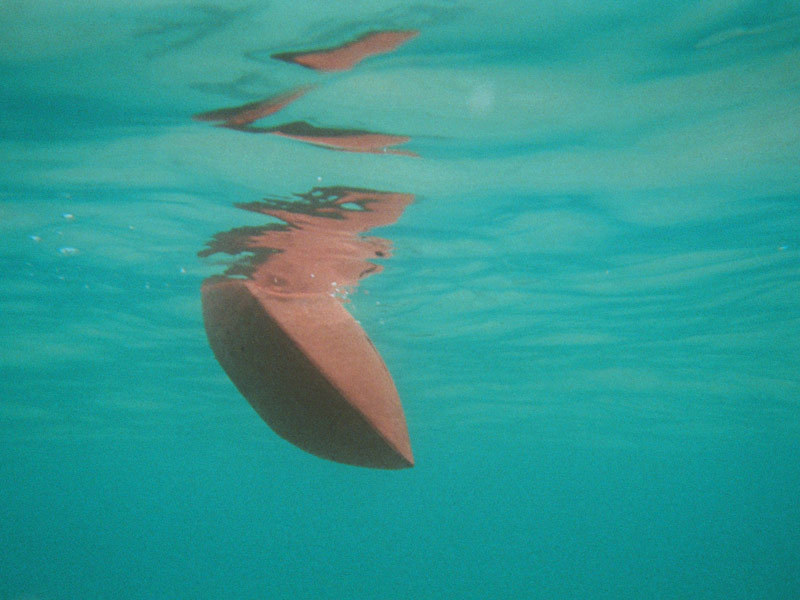 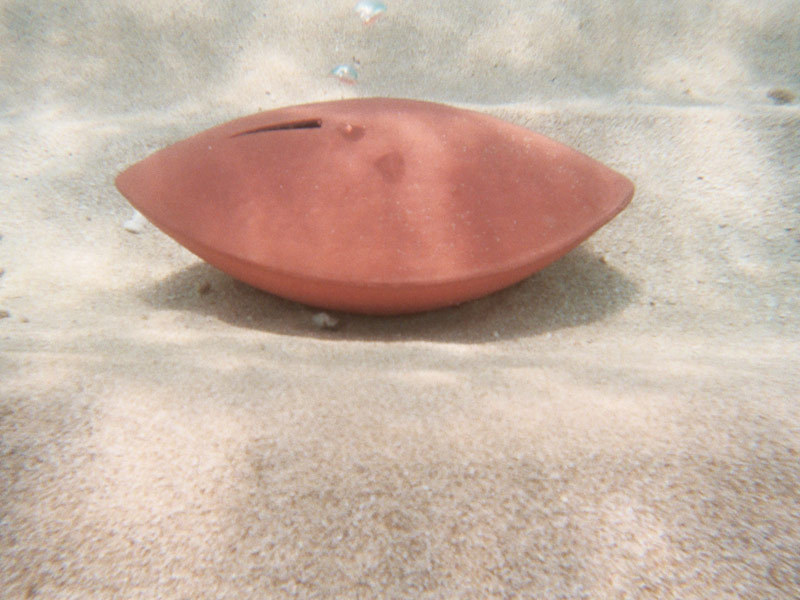 After about 10 minutes the urn is no longer visible from the boat. It will biodegrade completely within the next few days, with the ashes being scattered prior to that as water infiltrates the urn. The sea burial service is over.

Everyone exchanges hugs. The sun is out in full now, and conversation slowly becomes more animated as the Victory’s motor springs to life. The captain makes a brief foray towards a shoal where seals tend to gather; there are a number visible today so the group pulls out their phones to snap pictures.

Back at the dock they thank the captain and stop for clam chowder at the Bay’s must-visit restaurant. The younger members of the group had posted a few photos and tweets to their circles, and they share some of the encouraging comments over an appetizer of fresh bread and iced tea. Treasured memories had been created this day, and it was only just past noon.