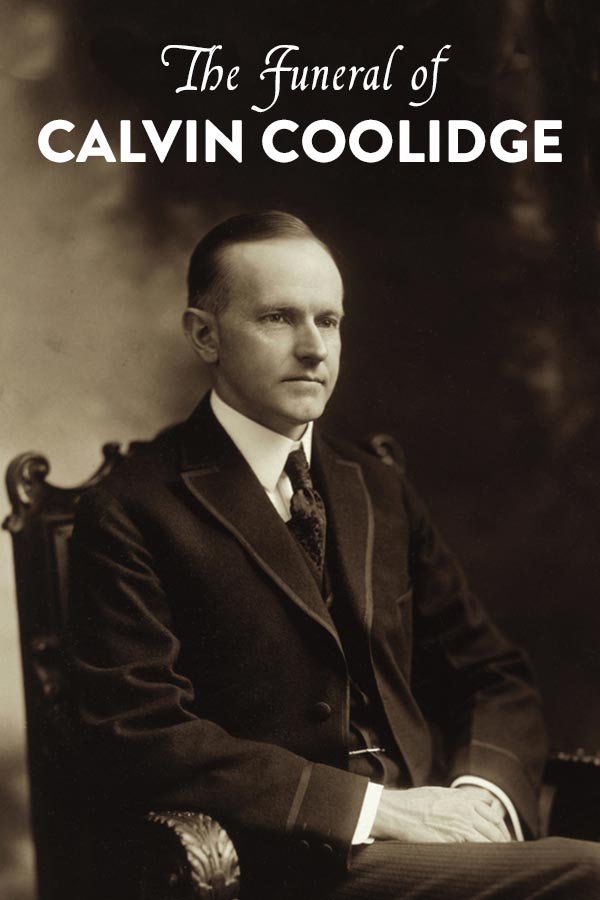 Poetry played a large role in Calvin Coolidge’s funeral. The former president was remembered and honored in a short ceremony that lasted a brief 22 minutes and featured all of two hymns, prayers, and reading of Scripture, which included more poetry in Psalms 46 and 121.

At the grave site, a few brief words and a poem by Robert Richardson, and that was all. The funeral featured little pomp and circumstance, and it was not held in Washington, Boston, or New York but rather in his adopted home town of Northampton.