But in real life… well, exactly what is a crypt?

Do people still use them? (Yes.) Are there various types of crypts? (Yes.) Could you visit one if you wanted to? (See below.)

As you’re looking into funerals, burial, mausoleums, and now crypts, we’ll cover all these questions and any others you may have in mind.

9 Things You Need to Know About Crypts

Here is what we will cover today:

To keep things simple, let’s first look at how the dictionary defines the word crypt:

a : a chamber (such as a vault) wholly or partly underground
especially: a vault under a main floor of a church

b : a chamber in a mausoleum

As you can see, by definition a crypt is simply a vault or other relatively small space that is usually underground.

Crypt History (and the “under the church” bit)

To understand why a crypt may especially (and historically) refer to a chamber under the floor in a church, we need to briefly go over the history of crypts.

The first crypts came out of ancient Christianity; they were first built in Greece, Italy, and South Africa as final resting places for saints, priests, martyrs, and others deemed worthy of entombment within a church.

The popularity of these underground crypts spread along with Christianity throughout early Europe, and they began to be used not only for burials but also for the keeping of religious relics.

However, we are more interested in part b of the definition – a chamber in a mausoleum – so that is what we’re going to focus on throughout the rest of the article.

In modern times, the word more often than not refers to the stone burial vaults used in above-ground mausoleums. Generally speaking, crypt means the chamber that houses the casket in which the deceased lies.

What you need to know: By definition, a crypt is a vault or chamber used for housing the remains of the deceased, such as in a mausoleum or (historically) a church.

2. What is a Lawn Crypt? Are There Any Other Types of Crypts?

A lawn crypt is also referred to as an underground mausoleum (see below for more on mausoleums).

Lawn crypts contain more than one casket under a lawn, such as in a memorial park or cemetery. In many instances, several members of the same family are interred in a lawn crypt together, either side-by-side or above and below the others.

While most lawn crypts are small chambers below the ground, the term is used other ways. Confusingly, some cemeteries refer to lawn crypts as above-ground structures that hold one or more caskets (most call that a sarcophagus). Other cemeteries have partially-underground lawn crypts, where you would take several steps down to enter, but a portion of the structure is still above ground. So there is some variation.

Some common crypt types include:

What you need to know: Lawn crypts are underground mausoleums for housing more than one crypt. There are many other different types of crypts, including single crypts, companion crypts, side-by-side crypts, and family (Westminster) crypts. Sometimes, a sarcophagus (an above-ground stone enclosure for the casket) is also referred to as a lawn crypt.

3. What is the Difference Between a Mausoleum and a Crypt?

You now know the answer to “What is a crypt?” Next, let’s talk more about mausoleums, which contain crypts.

A mausoleum is, by definition:

1: a large tomb
especially: a usually stone building with places for entombment of the dead above ground

There you have it. A mausoleum is simply the large room or building used to house crypts (and often niches for cremation urns as well).

So mausoleums are the building or structures that house a crypt or crypts, while the crypt is the smaller space that in turn houses the remains.

If a crypt is stone, you can expect for the inside to be dark, dry, and maybe chilly. A single crypt will also be relatively small, with a rectangular shape and just enough room to hold a casket.

Only one end will be open, as an entryway for the casket; once the casket is placed within, this entryway will be sealed off.

At the other end of the modern crypt, there will be drains leading away from it via a pipe and ventilation system. These are in place to keep any foul odors from escaping the crypt and permeating mausoleum (we’ll address this more below).

What you need to know: The inside of a single crypt is usually dry, dark, and cool. It is rectangular with just enough space to hold a casket.

5. How Are Crypts Within a Mausoleum Sealed? Do They Have a Smell?

Once a casket is placed into a crypt, the open end is closed and permanently sealed.

In a cemetery mausoleum, for instance, the closure is complete once an inner covering is inserted and sealed with caulking or a special glue. An outer covering (often something more ornate, usually with an inscription) can then be placed over that.

Before being placed into the crypt, the caskets themselves are often times sealed in plastic. This provides an extra layer of protection.

In addition, as mentioned above, there are drainage and ventilation systems in place to keep any odors or casket “burping” from causing an odor problem within the crypt or mausoleum. This all means that no, the crypt will not smell.

However, unfortunately, not all facilities maintain their mausoleums as properly as they should be. If there’s an issue with the pipes or ventilation system, unseen structural deficiencies or even trouble with management, big problems could arise. These might include obvious leakages, crumbling bricks, and odors strong enough to keep family away.

The good news is that most modern crypts are in good shape, and most mausoleums are under capable management. So while these types of problems are super rare (and when they do occur you’ll probably hear about them on the news), it’s still a good idea to do your homework before purchasing a crypt for yourself or a loved one.

What you need to know: Once a casket is in its crypt, an inner covering is sealed over the entrance with a special caulking or glue. An outer layer is then placed over that. Between the sealed entry, plastic wrap over the casket, and a good drainage/ventilation system, there should be no smell coming from the crypt.

6. How Long Does It Take for a Body to Decompose in a Crypt?

The answer to this question relies on a couple of different factors, mainly:

Typically, an embalmed body placed in a cool, dry crypt should remain well-preserved, at least relatively, and perhaps for decades. Think of the ancient Egyptians, who were original masters of early embalming; their mummified remains have been preserved for centuries.

In contrast, an un-embalmed body placed in the ground, sans casket, could take a decade or longer to decompose to skeleton form. And a body left outside to the elements (such as at a body farm) takes even less time to break down, due to air and sun exposure, bugs and other animals, etc.

It’s worth noting that no two dead bodies are same. Each one will decompose at a rate different from the next, so there is no definitive answer as to how long it takes for a body to decompose in a crypt.

What you need to know: While there is no clear-cut answer as to how long it takes for a body in a crypt to decompose, generally speaking, an embalmed body in a well-kept crypt should stay pretty well preserved for many years.

7. My Loved One is Interred in a Crypt. Can I Visit Them?

You should be able to! Especially if the loved one’s crypt you want to visit is at a public mausoleum. Just be sure to check the mausoleum’s open hours before you go. If your loved one is in a private mausoleum, contact the cemetery or funeral home to ensure your access or to schedule your visit.

Keep in mind that if the crypt you want to visit belongs to a family, it will most likely be under lock and key, and you’ll need to ask for permission before visiting.

What you need to know: Yes, you can generally visit a loved one interred in a crypt.

Crypts can be expensive, especially when comparing the costs to those of cremation (usually the most least expensive of all final disposition options).

Crypt interment is also usually more expensive that traditional burial in a cemetery plot. Frankly, the answer to this question really all depends on a) where the crypt is located, and b) how much the purchasing party is willing to spend before the crypt becomes too expensive.

What you need to know: Crypt interment usually costs more in comparison to other forms of final disposition, such as cremation and traditional cemetery burial.

9. What Are Some Famous Crypts from Around the World?

We’ve already mentioned St. Peter’s Tomb at the Basilica. While that is arguably the most famous crypt in the world, what are some others?

Here are a few more of the world’s most famous crypts, mausoleums, catacombs, and ossuaries:

What you need to know: There are many famous crypts and ossuaries throughout the world (some of which you can visit), including the Catacombs of Paris, the Catacombs of Rome, and the Taj Mahal.

Now that you know all about crypts, continue reading to further your knowledge on related subjects: 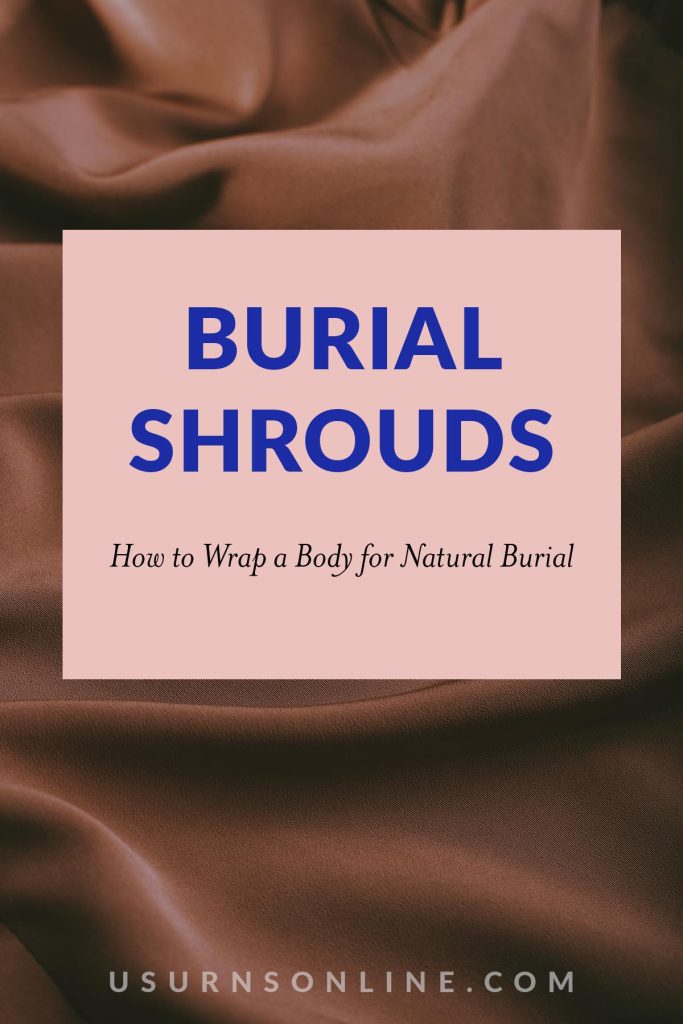 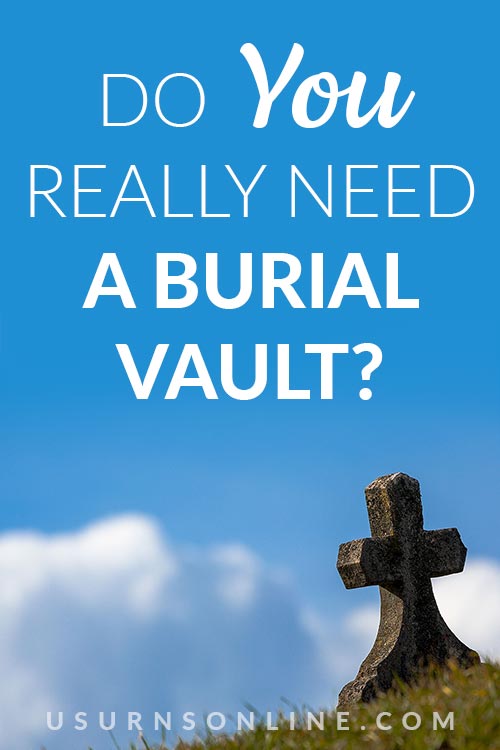 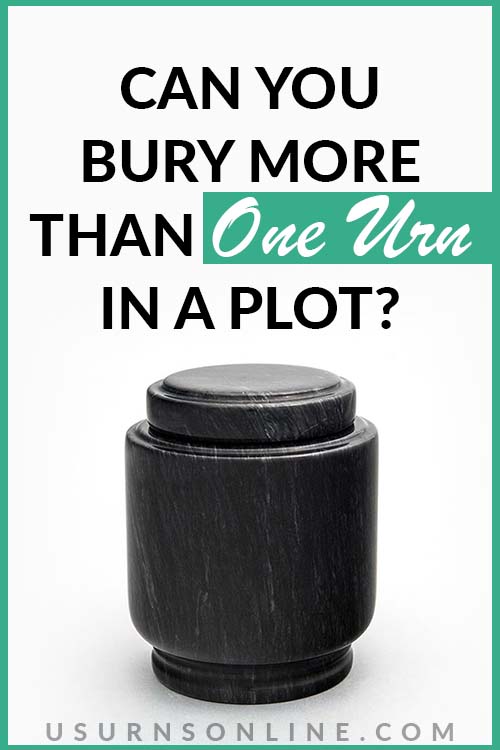 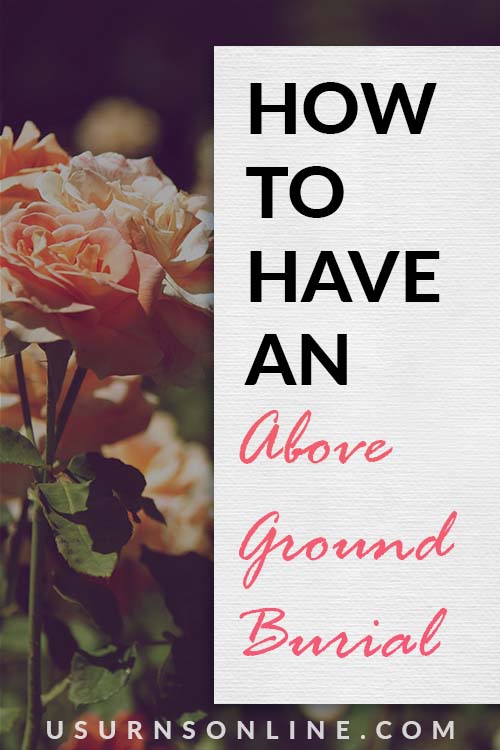 4 thoughts on “What is a Crypt? 9 Things You Need to Know About Crypts”