Few kids announce in 3rd grade class that they want to be a cemetery sexton when they grow up. Even adults rarely imagine working at a cemetery as a viable career.

After all, it’s not exactly a social affair, as the main clientele of cemeteries can’t talk. Nor is it popular, because death is something we all tend to want to avoid.

Still, wherever there is work to be done, it must be managed well to ensure the work stays smooth and orderly. A disorganized cemetery would be a nightmare for the already-grieving family members and friends of the deceased. Hence the need for a caretaker; a sexton.

It’s quite a job to make sure the cemetery runs smoothly. Cemeteries actually offer a surprising degree of career paths for all levels of job-seeking hopefuls. And you might be equally surprised to know that the work is fulfilling. It helps bring closure to grieving families, while also aiding those same families as they honor and pay tribute to the memories of their loved ones.

At the core of these responsibilities is the primary caretaker role of the cemetery and its surrounding fields and facilities. This person is known as a cemetery sexton.

What Is a Cemetery Sexton?

A “sexton” is an official position within a church for one who manages the affairs and duties of the cemetery.

Cemeteries are counted as religiously sanctified graveyards, though the term “sexton” has largely become secular as a general manager of any sort of cemetery or graveyard. The job title is also known as a “cemetery caretaker,” and some may be referred to simply as “managers.”

The word “sexton” may seem confusing. It’s very similar to “sextant” which is a nautical device for measuring the sky. However, it has a more religious root. It comes from the Medieval Latin sacristanus, a “custodian of sacred objects.”

It later developed further from the Old French word segrestein. The clashing of hard C (or G in French) and S sounds in the middle of the word shortened it to sexton, and this became a unique codifier separate from the “Sacristan” who handled things like holy relics or treasures owned by a particular church.

What Does a Cemetery Sexton Do?

The role of the cemetery sexton can vary, depending on the traditions of the church or graveyard they manage. Generally speaking, the sexton is in charge of the cemetery.

They do everything. The responsibility to keep the cemetery functioning in every capacity falls on the sexton. They make sure the records of who is buried are current, noting specifically where the decedent is buried. They maintain the status of the graves, either personally or by hiring landscaping specialists using available funds.

They coordinate with the funeral home and arrange for everything to be set up when the funeral procession arrives. They oversee the committal service as the decedent is laid to rest.

And they manage the accounts, create and collect bills for funeral services while scheduling burials and other maintenance tasks. They are the groundskeepers, the rite holders and, as the need arises, the gravediggers and undertakers.

Is a Sexton a Grave Digger?

Sextons can be grave diggers. In the medieval period, it was certainly expected. The Shakespearian play Hamlet has a gravedigger referring to himself as a sexton, proving that the word has lasted for centuries with the same general meaning.

Nowadays, gravedigging is far less personal and hands-on. The cemetery uses equipment and heavy machinery to clear out an adequate space.

But the gravedigger doesn’t just go wild with a tractor. They have to make sure the plot isn’t too close to previous burials, that it is in the correct place in the cemetery where the family has reserved space for the burial.

If the new plot is part of a family space with existing coffins underground, they have to make sure to dig in the right location so as not to disturb those buried in neighboring plots. Grave digging definitely requires nuance, training, and expertise. The sexton will need to at least know what is required in order to oversee the dig properly.

Smaller churches or parishes may rely on the sexton to do everything, while larger churches may have sextons take on an exclusively administrative role, leaving the heavy lifting for different professionals.

Tombstones and grave markers can fall into disrepair from neglect. Grass growth can damage the surface of stones, which requires a caretaker to make sure the stones are kept safe and a groundskeeper to keep the grass under control. New graves need to be dug and the ground up top replaced in reasonable time.

Running a cemetery is not easy, even though most of the people in it don’t move. It’s about maintaining the respect that the dead deserve against all obstacles, be it nature, man, finances, or government.

Let’s take a look at some of the most common cemetery jobs.

To become a sexton, normally, one just needs to apply while the position is open. Sextons are predominantly appointments of members within a church’s existing administration.

Large churches with huge grounds to cover may split off the duties to their existing management team as part of the service of grounds management. Smaller churches may hire within their community or appoint an upstanding member. Rarely will a priest be in charge as the sexton as well as the main preacher.

Sextons require a degree of management skills and, if they are the sole caretaker of the grounds, physical ability to do the labor associated with the job. As mentioned above, that could even include gravedigging.

The job is sometimes offered voluntarily to someone who donates their time in exchange for assisting the church to stay up and running. For small church graveyards, the sexton’s work isn’t consistent year-round, leading to a low wage and partial times. It’s something that requires more dedication to the cause it serves than a desire for money.

Under the sexton is a list of necessary skills which, in a large enough group, can be split up into many different jobs to form a team.

The caretaker or groundskeeper role is to manage the grounds themselves and rid the cemetery of anything unsightly or obtrusive to the graves. This includes cleaning up litter or debris, especially after funerals or large attendances on special days such as Memorial Day.

The job requires simple labor, possible operation of lawn care equipment like mowers or weed eaters, or for more advanced jobs the use of plant-controlling chemicals and stone washing solutions to keep the grave markers clean.

The gravedigger is the cemetery’s most physically arduous role. Not a very glamorous one, either. Historically it’s been the occupation of society’s unwanted or the discarded people.

The modern gravedigger may make an average laborer’s wage with sporadic work, but the job is much easier with the use of tools and equipment that can move dirt with ease. For locations that must rely on picks, shovels and elbow grease, it can be very hard but spiritually rewarding work.

For most contemporary cemeteries, the gravedigger role is wrapped into the groundskeeper’s job description.

It’s unfortunate to consider, but these acts of labor do have a cost. And someone has to pay it. Funerals can become expensive, and much of that money does go to the venue.

Some churches may offer free services to members, but they may still ask for some help managing the fees for staying open, for cleaning up, for the time of the priest and other duties that need to be done on that day.

Churches have their own secretaries or treasurers that handle the cost of running things, mostly funded through donations or charity. For anything else, like weddings and funerals, someone needs to ask for the bill.

If the cemetery is being operated as a business, then they need to advertise and market their services. That’s where the sales role becomes important. This could include everything from answering phone calls, emails, and web inquiries to meeting with families who are planning funerals or choosing a cemetery ahead of time.

Those headstones don’t just appear overnight. Stoneworking and stonemasonry are skills that remain in decent trade due to a particular demand for upcoming funerals.

People want their loved ones to be remembered. They want their headstones personalized with a name and correct dates, and often additional epitaphs and inscriptions.

More ornate jobs can come in as well, which keeps headstone carvers at work honing their skills so that the passing of a loved one can be honored and maintained against all forms of weathering. Preserving identity in stone helps preserve the memory of a loved one for years to come.

Often, this is done by a separate monument company, but some cemeteries employ their own headstone engraver or mason.

During the viewing, family members are given a chance to say their final goodbyes to their loved one who lies resting in a coffin or casket. This can take place in a church, or in a funeral home. Either way, it doesn’t take place where the burial is performed. The casket therefore has to be moved from there to the cemetery, which can sometimes be quite a distance away.

Hearses are specially designed cars with rear cabins extended and left empty just to fit coffins and caskets, so they don’t move around or get damaged in transit. Driving a hearse is a big responsibility, however brief the procession may be.

Flowers are an excellent condolence gift to give during hard times. They show sympathy and can be made up in a way to bring about other feelings. Flower arrangements can be set up in advance at a burial site, or brought from the viewing hall to the cemetery ahead of time to ensure the burial is blessed in every way with the beauty of nature.

Of course, once the funeral has ended and the reception begins, those flowers have to go somewhere. A flower arranger sets up the flowers and makes sure they ship them out to the right people, or disposes of them properly to not leave a mess for the sexton to clean up later.

The sexton also helps maintain cemetery etiquette for visitors, mourners, and taphophiles (yes, that’s a thing: someone who loves to wander around in cemeteries). For more specifics on cemetery etiquette, here are ten things you should never do in a cemetery.

Read Next: What Are Coffin Dancers? 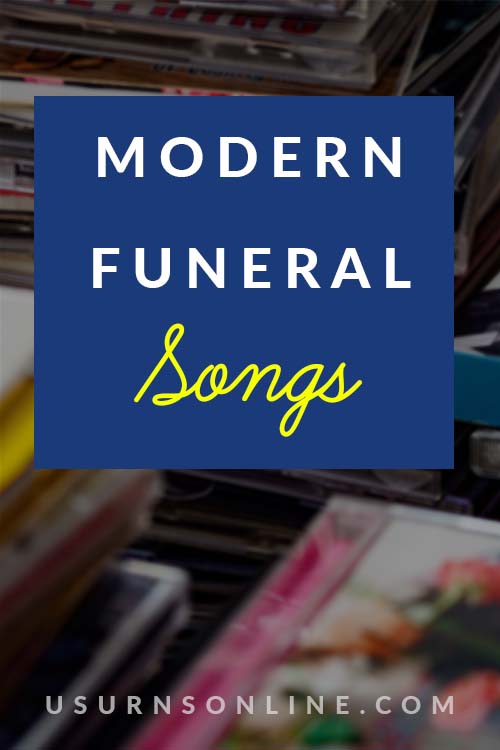 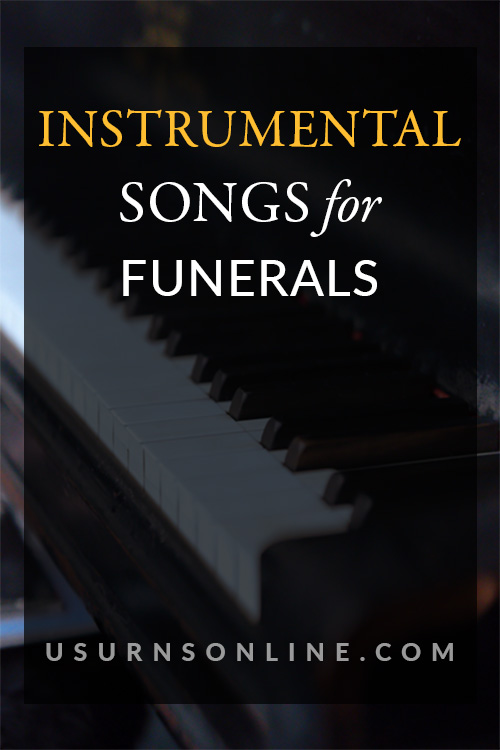 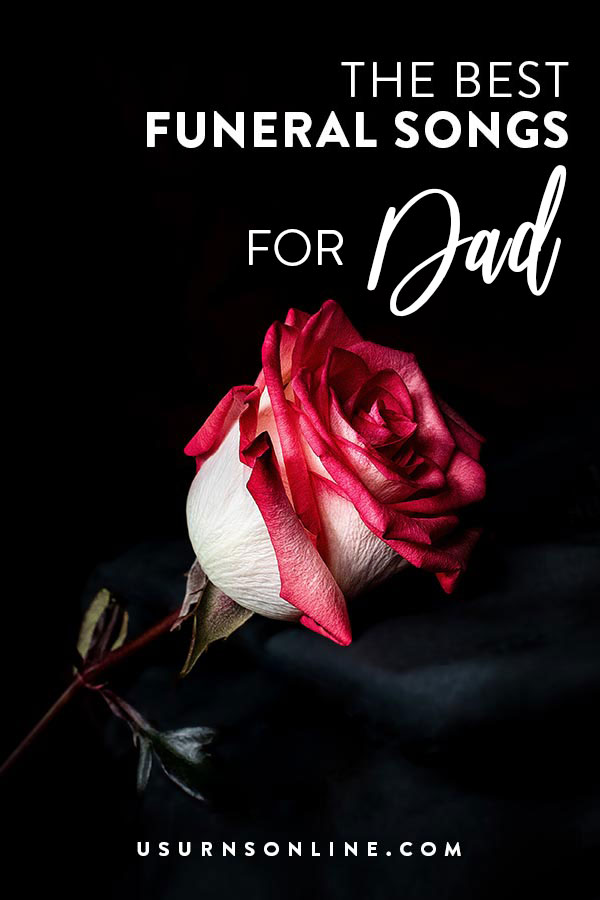 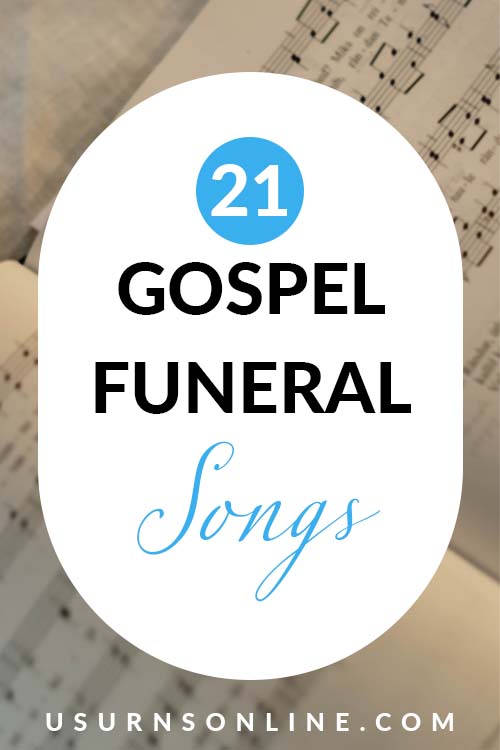